Jerome Doolittle and Friends on Politics, Culture, Religion, History, Whatever
Our Aristocracy Is Beyond Satire

Look carefully at this picture and answer the question below: 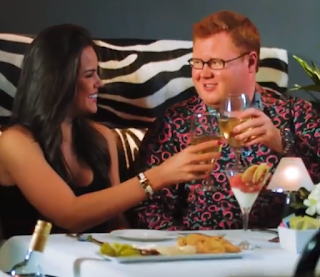 Which statement best describes the photograph?

A. Every dog has his day. Miracles can happen.

B. He must be really charming!

C. This woman is obviously an escort.

D. None of the above.

If you answered D, congratulations, you win the prize, which is a dress shirt with pictures of little money bags all over it: 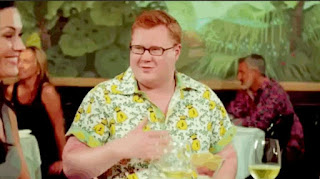 By now youve noticed that the same person appears in both pictures. So who is he? Why, thats world famous fashion designer Wyatt Ingraham, president, CEO and founder of a company called, logically enough, Wyatt Ingraham, which produces a line of mens shirts known for their bold and eclectic designs. Here he is describing the philosophy that drives his life and work:

Hes bold, authentic, and always true to himself. Hes a gentleman too, but that doesnt stop him from being tenacious in pursuit of his vision. Like Henry Ford and Steve Jobs, he grips it and rips it, and he always, always, always thinks outside of the box.

Oh, did I mention his full name? Its Wyatt Ingraham Koch, son of Frederick Koch, nephew to Charles and David Koch, hence heir to one of the largest fortunes in America (if not the world). And hes about to get a great big fat tax cut that youre going to pay for, courtesy of Paul Ryan, Mitch McConnell and their responsible moderate Republican colleagues, the ones who establishment Democrats and Beltway pundits habitually cream over, like John McCain, Lindsey Graham and Susan Collins. They chose Wyatt Ingraham Koch over you. They’ve decided that his personal, corporate and inheritance taxes should all be lowered at your expense. It’s nothing personal. That’s just how they roll. You came from the wrong sperm. Better luck next life.

Oh well, look at the bright side. These tax cut will stimulate production at his company, so there will be plenty of those bold and eclectic shirts floating around the boardrooms, yachts and discotecas of Palm Beach.

Besides, Wyatt is a bona fide polymath and Renaissance man. In his spare time, he enjoys playing tennis at Mar-a-Lago, shopping at Neiman Marcus, and lunching at Cafe Sapori in Palm Beach. He also likes to chill out at his 450-acre ranch, Wonderland, where he plays paint ball and races dune buggies. Favorite TV show? Veep. Favorite meal? Spaghetti alla bolognese with an arugula salad. Favorite destination? Marthas Vineyard, where he has so many memories. He also sings karaoke.

If only we could all be such prodigies. He’s so far outside the box, the very concept of shapes have no definite meaning to him, like when you’re two. His vision plumbs the outer limits of fashion while the rest of us are staring at our shoelaces. Where we see a piece of fabric that looks like Walt Disney puked all over it, he sees bold and eclectic apparel that, given the appropriate lack of self-awareness, can be worn in the boardroom, on the yacht, or at the discoteca with equal vim and dash. You can even wear it to Cafe Sapori and fit right in. You’ll never hear the Puerto Rican dishwashers laughing over what a clueless dipshit you are.

At this point, I could go on an extended rant about how inbred aristocracies always end up producing feeble and degenerate offspring, pampered and dimwitted mediocrities who are completely detached from reality and a have hyper-inflated sense of their own abilities, people like, for example, Wyatt Ingraham, Jared and Ivanka, Nero and Caligula, and, of course, Eric Trump and Don Jr., who like to shoot exotic animals and chop off their body parts for souvenirs. I could do that, but I dont need to. The existence of Watt Ingraham Koch makes further ranting unnecessary. The argument is made, the thesis is proven. He speaks for himself, as do his shirts.

See you at the discoteca! Ciao. 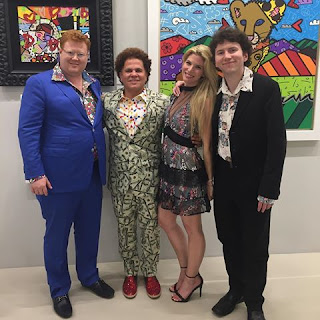