Jerome Doolittle and Friends on Politics, Culture, Religion, History, Whatever
Boycott The Fourth Of July

Ive decided to boycott the Fourth of July. What does that really mean? Probably nothing. My little act of rebellion will be as hollow and meaningless as the holiday itself, but it will make me feel good. It will be cathartic. Let others eat hot dogs, drink beer, and gape at fireworks. Im going to find something more meaningful to do, I dunno, like plant tomatoes or buy a one-way ticket to Uruguay. Let em praise the blessings of American freedom while policemen with tasers and riot gear stand ready to defend them from that freedom at any moment, and the Lloyd Blankfeins of this world  those who really own the fruited plain (now genetically modified by Monsanto)  lounge on their yachts and count stolen loot, amazed at how stupid we truly are. Let them sing along to that heinous Lee Greenwood song while American bombs kill people whove never done or wished them any harm.

Not me. Im taking this year off. If you care to join me in this masturbatory exercise in pointless futility, welcome! but remember  no TV. Theyll probably be showing war films. Patriotic holidays are always celebrated on TV by showing war films. We have to wean ourselves off of war and learn to identify patriotism with some other activity (Sex? Gardening? You decide, just as long as it doesn’t involve a rocket’s red flare and bombs bursting in air).

When I see an American flag, all I can picture is an Exxon logo and a predator drone. Am I wrong to do so? 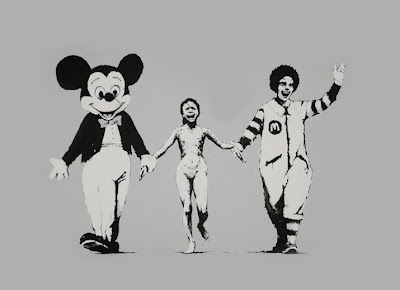 You are not wrong but you are jaded, have a real beer with out citrus and enjoy a baseball game, celebrate that we have a country and maybe it can be fixed without killing anyone.

Actually the real fourth of July for Democrats (then Democrat-Republicans) was in March, celebrating the defeat of John Adams and the Federalists who had passed the onerous Alien and Sedition Acts. I was unaware of this fact until I read American Aurora, written about the Pennsylvania Aurora based in Philadelphia, before the Government was moved to the District of Columbia. The Aurora was Thomas Jefferson sponsored newspaper, who sent money to keep the paper going, as did the French. Adams was seeking to have Senators and the President appointed for life and Jefferson knew this would destroy the Republic. The Irish, the Scottish, Jews, and other immigrants found this idea obnoxious and rightfully so as they were correct, such a plan would have ended the nation; animosity against Great Britain was still high.

So after the ballots were counted in 1800 and Jefferson was named the victor over Adams in , in 1801 that March, the Democrats decided to celebrate their victory over the forces that wanted to recreate the British Government (with the President being Royalty as envisioned by His Rotundity, John Adams) by holding the celebration for the country in March of that year. March 4 if my memory is correct but it could have been another date but the month is definitely correct.

You can find this history in "American Aurora", a book published in the mid 1990s which largely consists of newspaper clipping of the time skillfully put together in chronological order by Richard Rosenfeld with introduction by Edmund S. Morgan. Adams badly wanted to recreate in the United States the British form of Government with himself being His Royal Highness the President. Richard Nixon wanted to recreate the same thing for himself in less blatant form, but nevertheless in a manner repugnant to Democrats and anyone who values our form of Government. I have no problem if you want to celebrate our countries birth in March as all Democrats today should do.

Emphatically, no, you are not wrong. I made the same decision myself. My wife & I are foregoing the parades & the other trappings. I feel a sense of loss for the days when I would hang red, white, & blue bunting on our front porch and tell people our nation was the greatest system ever devised by humankind. Well, it is, but the citizens have been robbed- of their present & their future. America isn't even trying to improve itself anymore.

Bankster bailouts, endless unnecessary wars, BP spill, vilification of the unemployed, along with my own joblessness & bankruptcy have finally become too much. I'm 52 & worked for 36 years & tried to be a good citizen. Half the people I know are jobless, losing their houses, losing their businesses, etc. and there is no help on the way.

Funny you should mention Uruguay. I wrote a post just a week or so ago about how we in the USA cannot imagine having a leader like their president Jose Mujica, who truly seems to care for the people of his nation "Hate the Unemployed" http://colonelgirdle.wordpress.com/

Up until the past few months I thought our system could be fixed. Now I think the rightwing crazies have infected everything to the point that only a bout of the fever of total national insanity will burn the germ out of our system, much like the Nazi Germany-episode or the Great Depression did. And I don't want to be here to go through that mess. I've printed-out immigration papers to Canada & will be working some on those over the holiday weekend.

I forgot to add. At our house we have a permanent moratorium on television. My wife used to watch C-Span and Keith Olberman, but I would rant and rave that Olberman never covers economic issues and we can get C-Span on the internet. And I was subject more than her to its allure. Especially the faux history channel.

So we don't have it hooked up and haven't watched it in at least a year, but I think it's been much longer than that. We did order the basic channels for $2 or $3 dollars extra a month for the Presidential elections and similar matters but we've found that the internet provides better and more timely discussion without the vapid conversations of the hosts, who preen like turkeys about their so called knowledge. I'd urge you to make your one day moratorium on television a permanent one. You may not be able to discuss the water cooler discussions, but you'll be better off because you don't waste your mind on such trivial entertainment discussions. Reading takes the place of television while providing much more intelligent conversation.

I applaud you for your gardening though. I wish I had the ability and the skills to do so. But my back is not allowing me to bend over without a 50/50 chance at aggravating a congenital condition that has reared itself in much too soon arthritic changes and inherited narrow openings for nerves leading off from the spinal column such that they are reeking havoc on at least one of my discs in my back and the mass of nerves passing through those abnormally narrow openings for nerves leading off from the spinal column, pinching them such that they radiate pain rather the task of working to ensure that my spinal column is able to do its job without pain. I miss backpacking and I miss the fact that I can't revive my long distance running as I do remember half centurions and even older runners enjoying the races when I was a runner. But alas, I am permanently shut out from that positive addiction because of my back condition. At times it is somewhat depressing.

Have a great fourth by being absent from it. We will join you, although our reasoning may be slightly different from yours for not partaking.

But I haven't celebrated it for years (mainly due to almost permanent unemployment and poverty living), since the Clinton Era of No Good Feeling when I noticed that all the good things I had expected from his ascendancy to the Presidency were not occurring, and instead the Rethugs seemed to be winning all the really important political battles. Then when Chain Gang and Dumbya stole the 2000 election I quit even thinking about any type of Independence holiday as it seemed a national joke on us.

Wish I could even consider Uruguay or Canada.

Keep up the fine work.

Last year, I observed the Fourth by listening to Scott Joplin. I consider "The Maple Leaf Rag" a purer expression of the American character than all the histrionics that have accrued to the Fourth of July. (Notice how we hardly ever refer to it as Independence Day?)

I think maybe I'll do that again.

Right on! The red stripes in the flag represent all the blood we spill in the name of freedom. The white our lily-white sense of purity and goodness. Screw the Fourth.